The system described here has been in my boat for nearly two years and the batteries are still in good condition, nothing has corroded and it hasn't failed. Apart from that I'm not an electrician and don't claim to know that much about electronics but it works and my kayak hasn't exploded.

The idea of having a solar charger is that the system is completely self sufficient - it will keep your batteries in good condition and your pump ready to go even if you never touch your batteries. With a cigarette lighter adapter wired into your battery case you can also charge pretty much anything that you can charge from a car - and that means DC chargers are available for practically any battery or device. I have found cheap devices on EBAY to charge my Pentax Optio WP battery (which doesn't have this option at all according to Pentax), Sony Handy Cam batteries, USB charger for an MP3 player, Nikon chargers, mobile phone and with this system you always have a bank of charged AA NiMH batteries for your GPS, torch, radio or whatever else you can think of.

The solar panel I use is a UniSolar 5 watt flexible panel. It is fully waterproof and very robust. Mine has had many full submersions in seawater and continues to work fine. 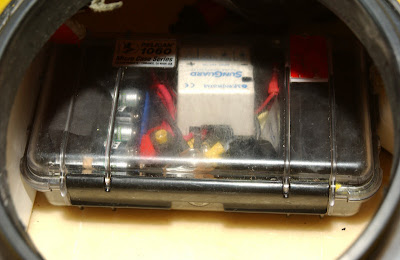 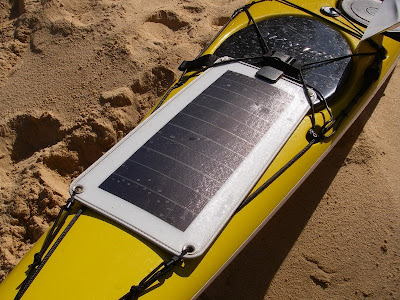 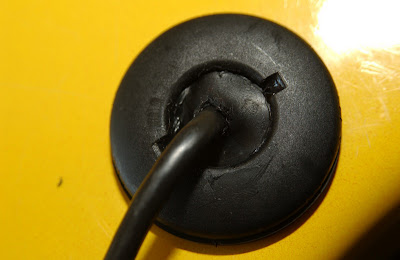 always charged and in good nick.Thats the gel acid battery under the EBAY DC battery charger. 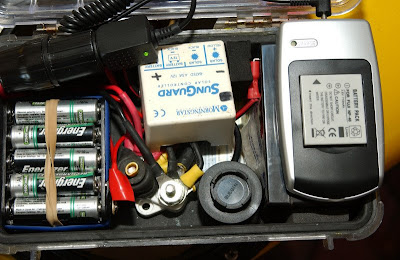 There are two sets of batteries in the Pelican 1060 box - one 12 Volt lead acid and the other a 10 pack of AA NiMH 1.2 Volt (10 x 1.2 = 12) and they are wired in parallel to provide a robust 12 Volts (usually measures in at 14.5). Also in the box is a solar charge controller which regulates the current coming in from the panel so that the batteries won't get over charged.
If the panel is not connected to the system regularly then the AA's will slowly drain the Lead Acid Battery so if you are going to have your panel off for a length of time I would suggest you isolate the two battery packs or use just one type - either NiMH AA's or Gel Acid. The Gel Acid will hold charge on its own for a lot longer than the NiMH's.

It goes without saying that seawater and electronics don't mix so its worth going through the effort to thoroughly waterproof the whole system. The Pelican Box is waterproof and by putting grommetts through small holes and being willing to spend a few minutes swearing you can push the wires through to make a watertight seal. By doing this everything will still work fine even if your day hatch gets flooded. 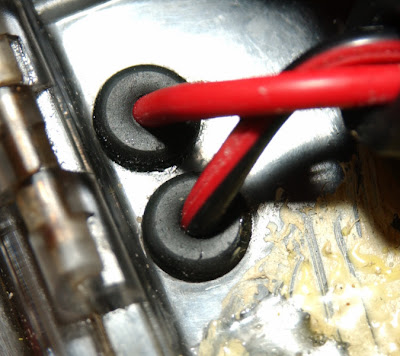 These wires lead to another Bulgin Plug set which is wired to the pump and another set wired to the panel. I used plugs here so that I can take the whole thing out if I want to have a portable power pack which I use for spotlighting for nocturnal wildlife around campsites at night.

Another adaptation is to run a wire from your connection to an LED light drilled up under your deck mounted compass. I have a switch glued under the day hatch inside rim to turn it on and off and the very thin wires are held in place with a film of sikaflex. The LED draws so little power that it could probably run off the battery pack for months without the solar panel attached. After the wires were soldered to the LED it was encapsulated with a blob of sika to waterproof the whole thing. This idea was originally described HERE using a red LED but I prefer green as it reminds me of photoluminescence! 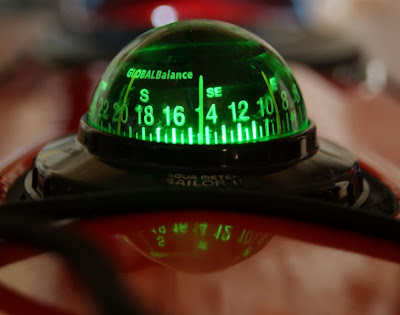 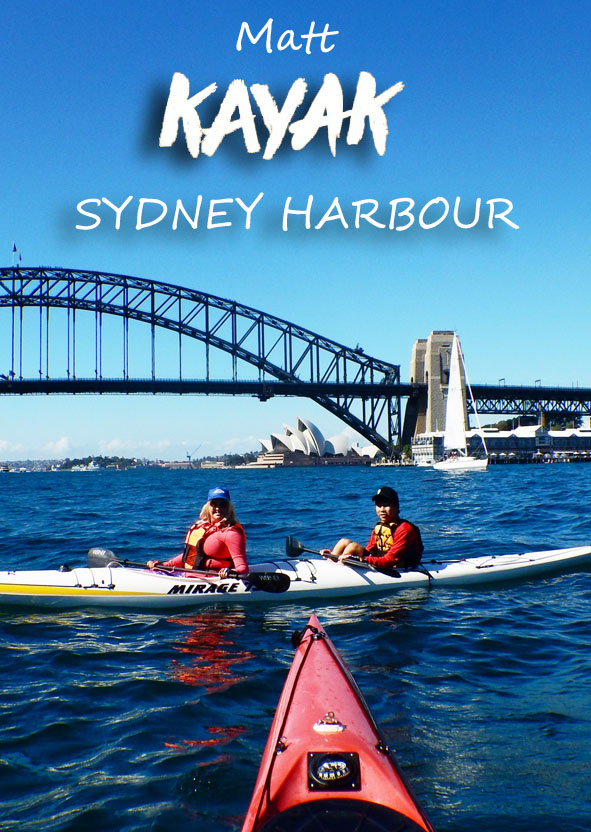 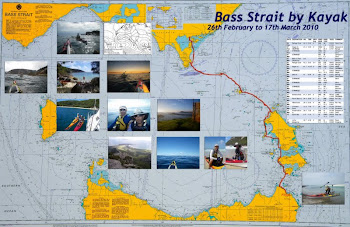 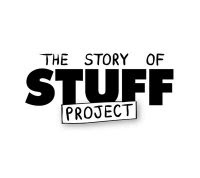